I recently visited my "happy place" aka Costco and a HUGE bag of onions followed me home. It must have weighed as much as the bags of dog food. Not only was the bag huge, but the onions themselves were gigantic. What better thing to make with monster onions than a monster batch of French onion soup. While the pressure cooker (yeah, there I go again, going on about how wonderful my pressure cooker is) makes it quicker than cooking on the stove, it's just as flavorful as slow cooked French onion soup that you have to keep an eye on.

In the pre-heated pressure cooker, on medium-low heat, add the butter and oil. Soften the onions, stirring occasionally in the pressure until the onions become translucent (about 15 minutes). Then, turn down the heat to low, without a lid, add the salt and sugar and stir frequently until the onions have turned a uniform brown (about 10 to 15 minutes). 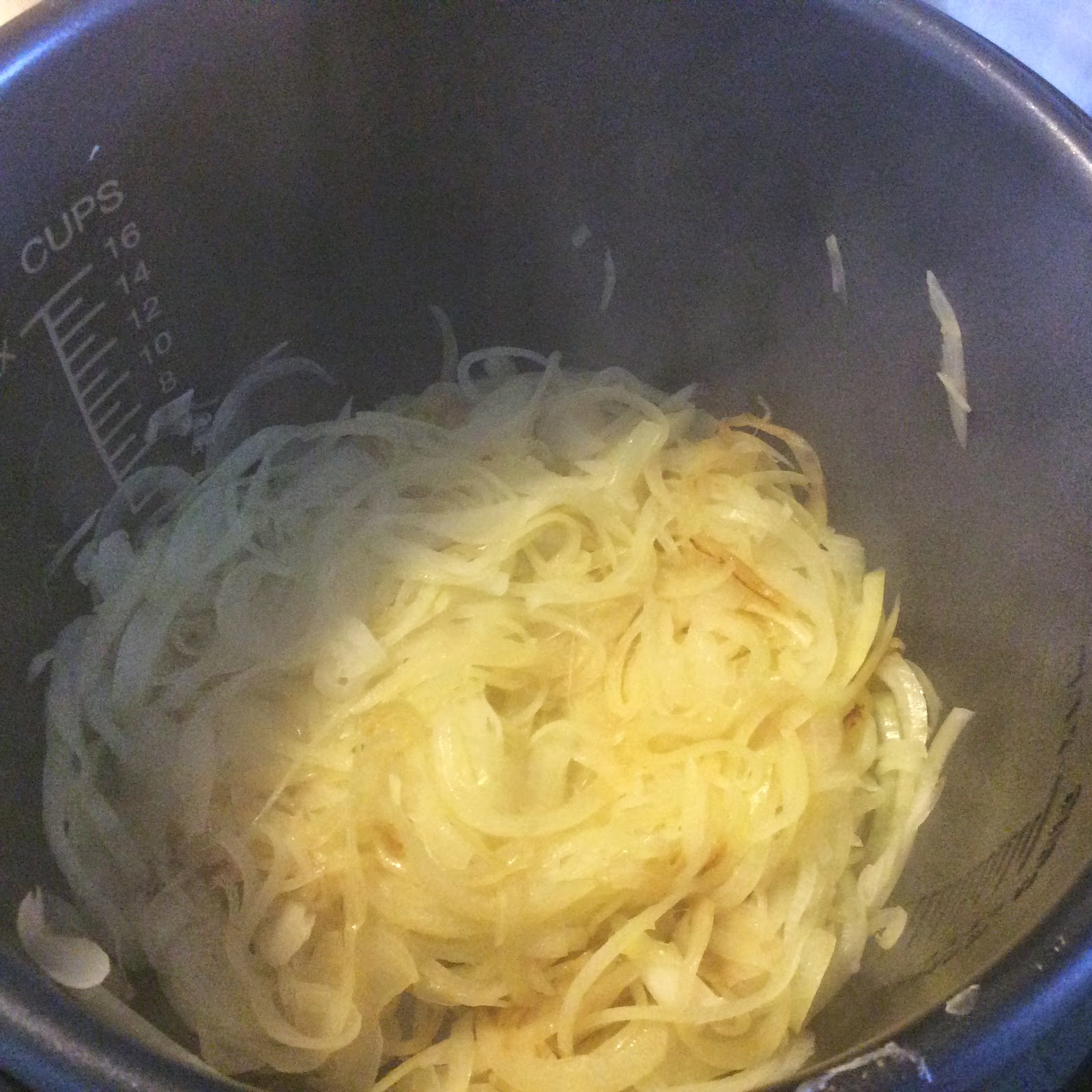 When the onions are a deep brown and are soft, deglaze the pan with the red wine and let it cook down until the wine evaporates. This burns off the alcohol so that you taste the wine, not the alcohol. 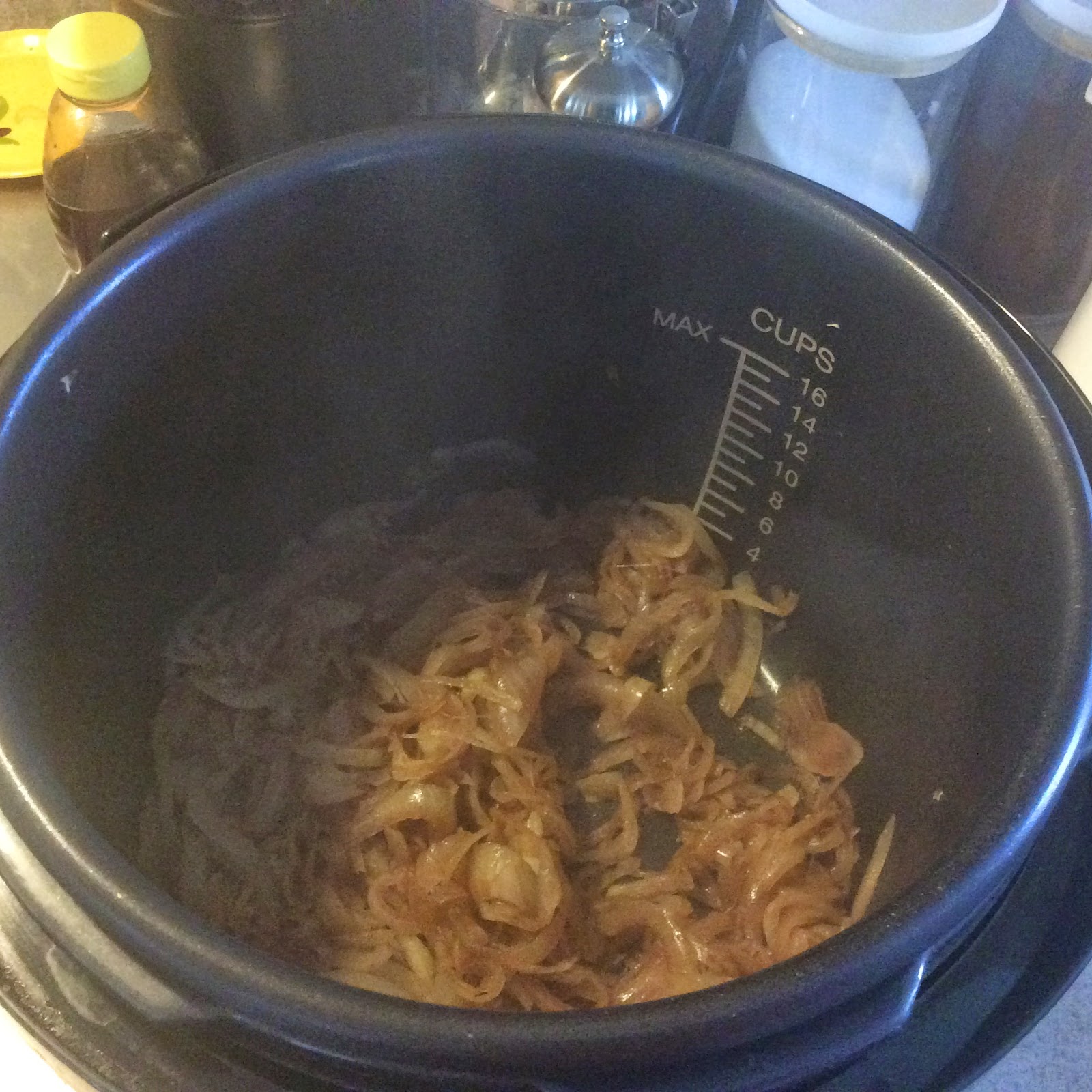 Next, add the stock. Isn't this a thing of beauty. If you aren't a chicken, that is. I have gotten in to the habit of making stock every week and store it in jars in my refrigerator. 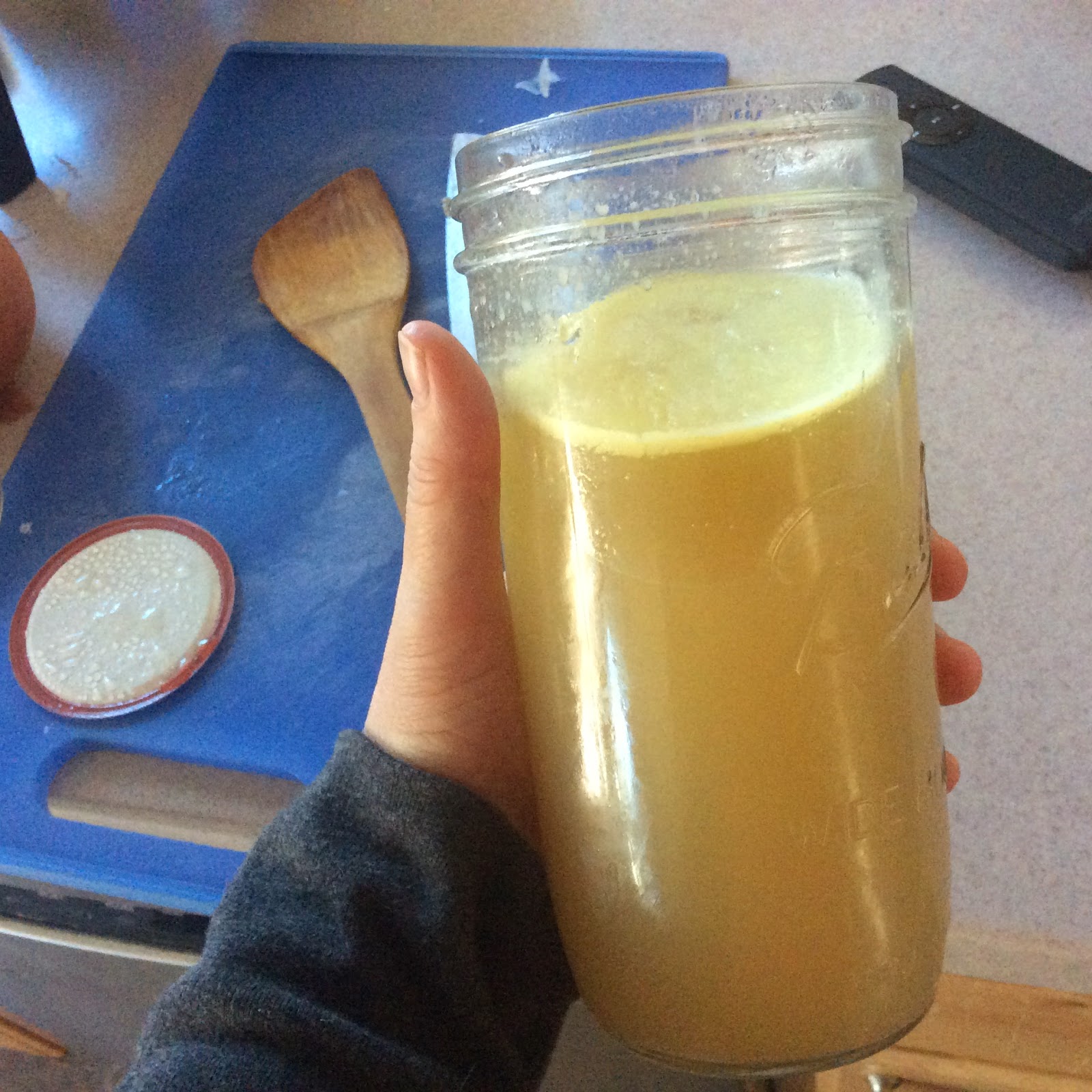 Close and lock the pressure cooker, set to high pressure for 10 minutes.
While the soup is cooking, in a small sauce pan, melt 2T of butter over medium heat. When the butter has melted, stir in the flour so that there are no lumps. Stir frequently until it turns a light golden brown color. Be careful it does not burn. Take the roux off of the heat and set aside until the pressure cooker has finished.

When time is up, turn off the heat and use the quick release method to release the pressure in the cooker. When the pressure valve has dropped, open the cooker and remove the lid. To thicken the soup, take a cup of the stock from the pot and stir it into the roux until it is smooth, then pour this mixture back in to the cooker and stir. Ladle the soup in to individual serving bowls, top with your thick toasted bread slices. Cover each bowl with a slice of cheese and broil in the oven for 2 minutes or until the cheese has golden brown. 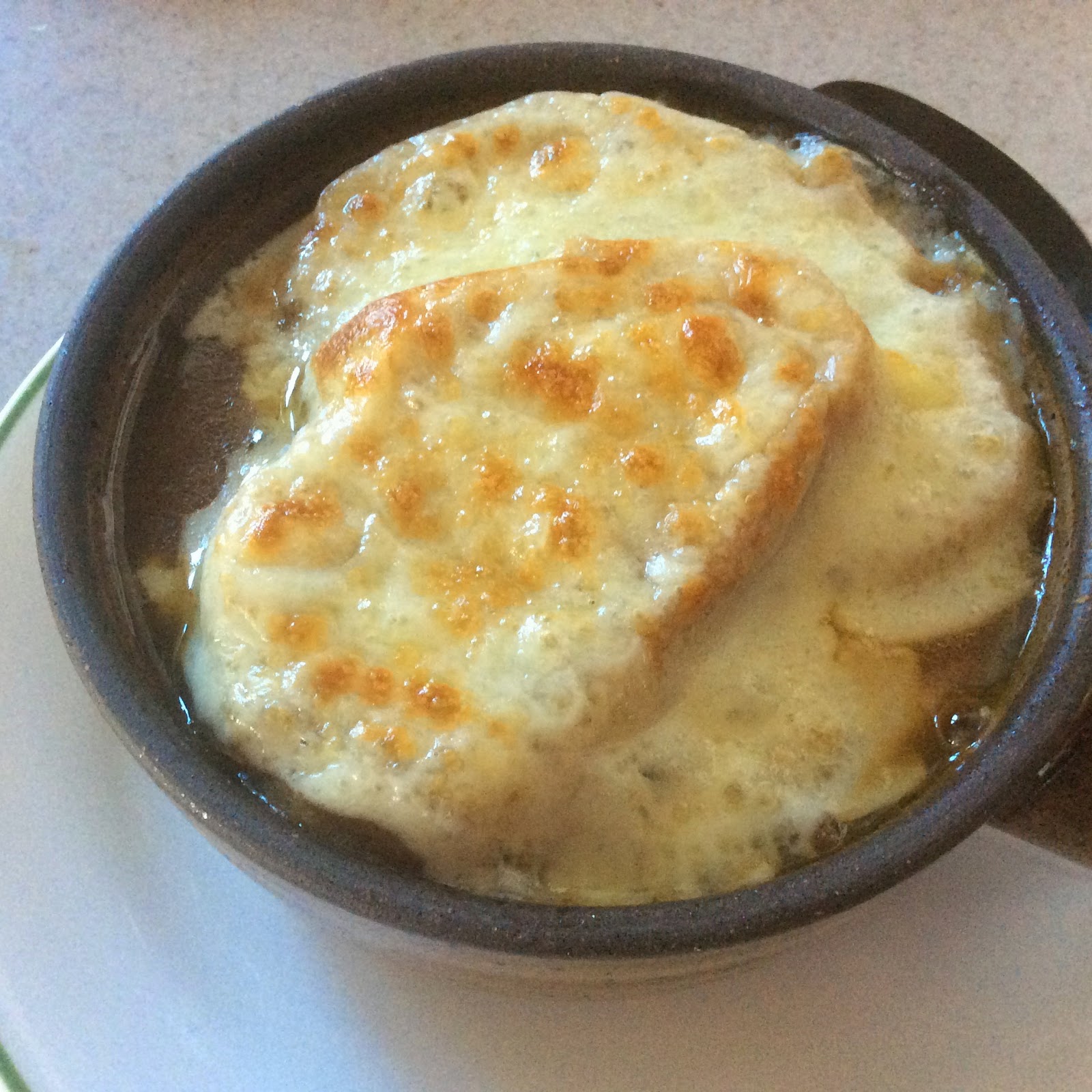 Words can't describe how delicious this was.