I know what you're thinking. Who hasn't eaten pizza for breakfast. Cold pizza is awesome. Yes, yes it is. That's not what I made though. I made breakfast pizza!  Last night on FB, TJ posted a picture of pizza she made for dinner. She mentioned that it was a Greek yogurt crust. ??? I had to find out about this. It's one cup of greek yogurt, one cup of self rising flour (plus more for kneading), baked at 450 for 15 minutes. Well, I don't have self rising flour, but that's easy enough to make, and since I was making it myself, I'd make it with a gluten free flour blend. Since I only had vanilla Greek yogurt, I figured I might as well make a breakfast pizza. 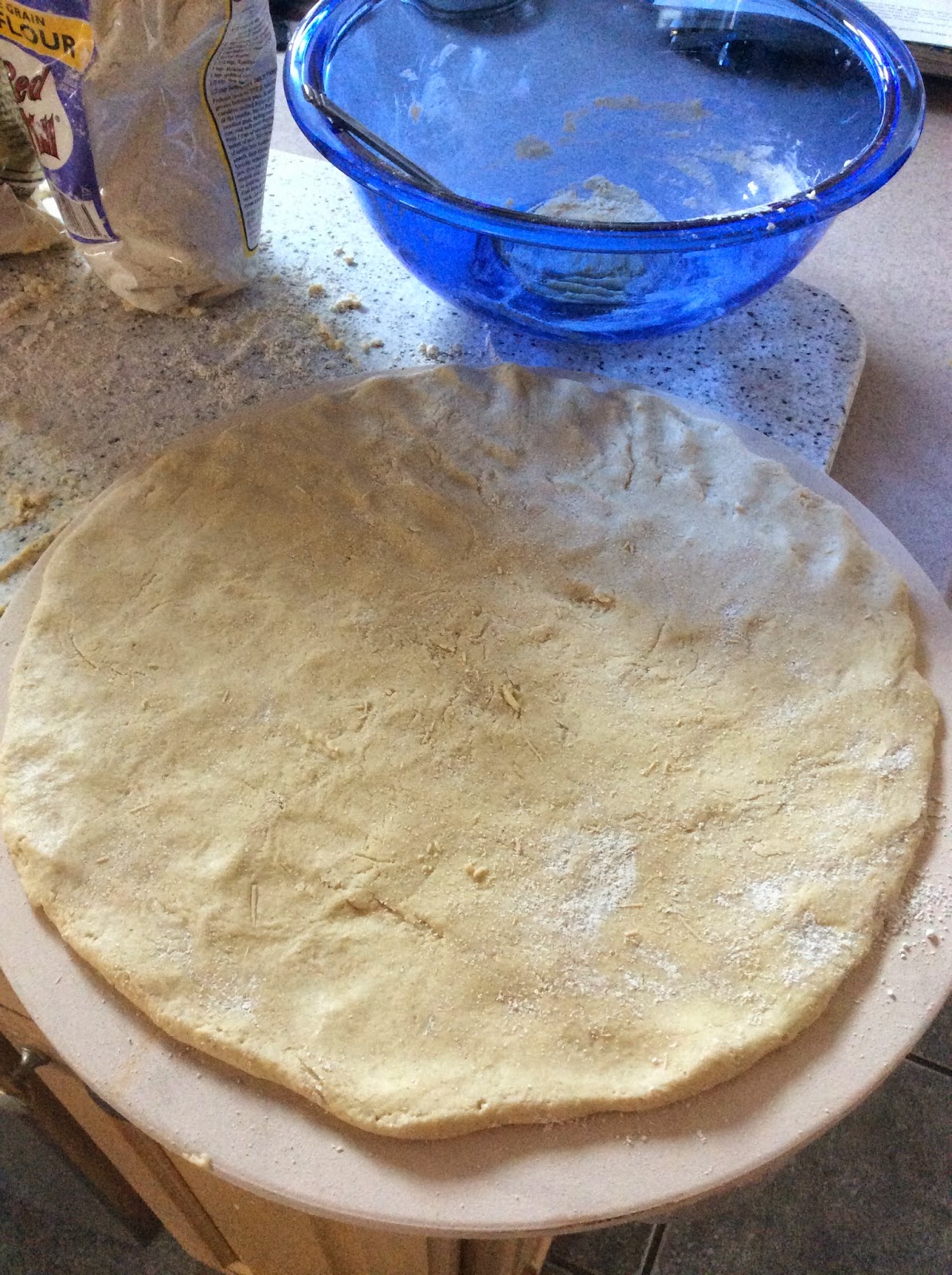 Here it is, patted out on my pizza stone. Note to self: USE PARCHMENT PAPER UNDERNEATH THE DOUGH NEXT TIME. 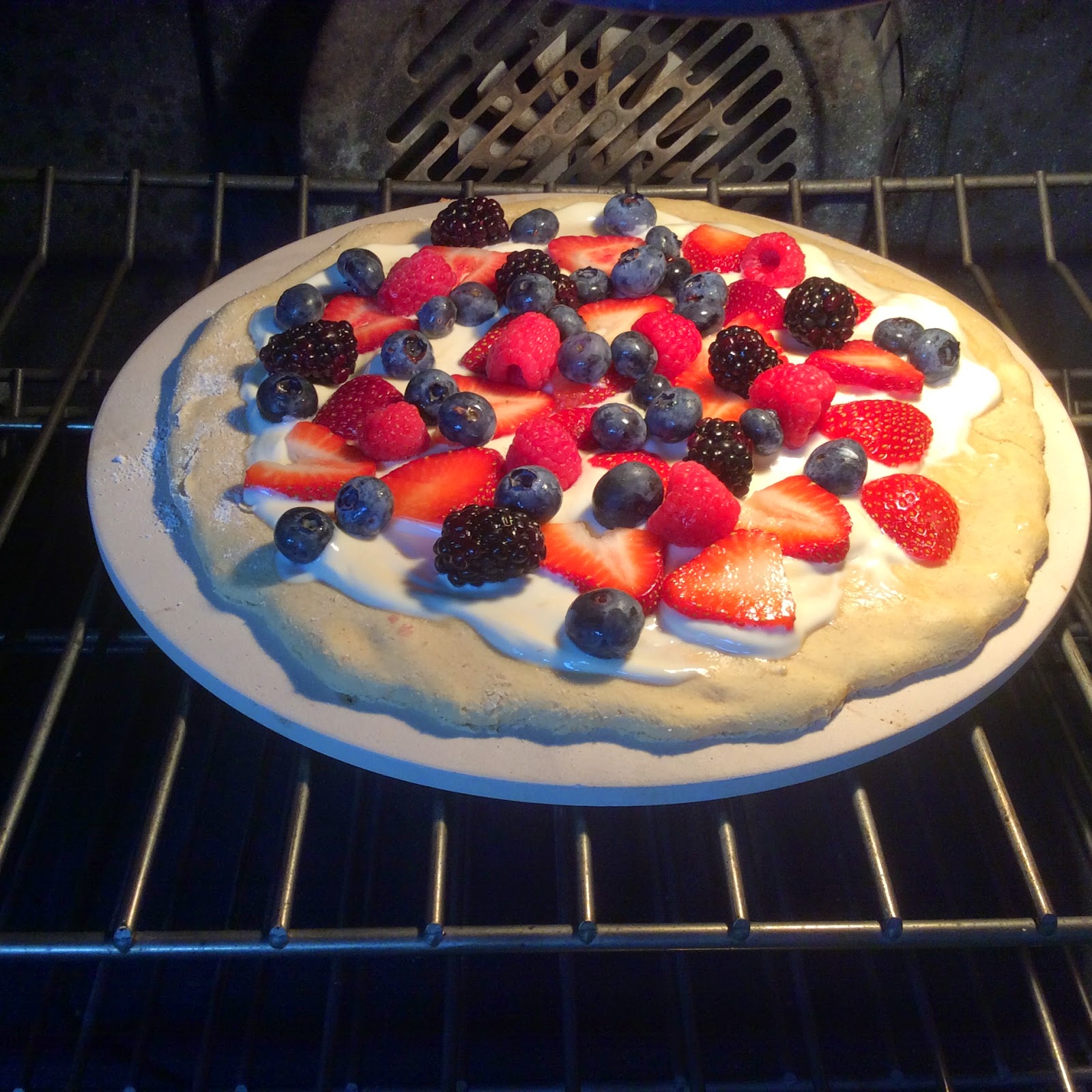 I used more of my vanilla greek yogurt as the "cheese" for my pizza, and topped it with lots of  berries. 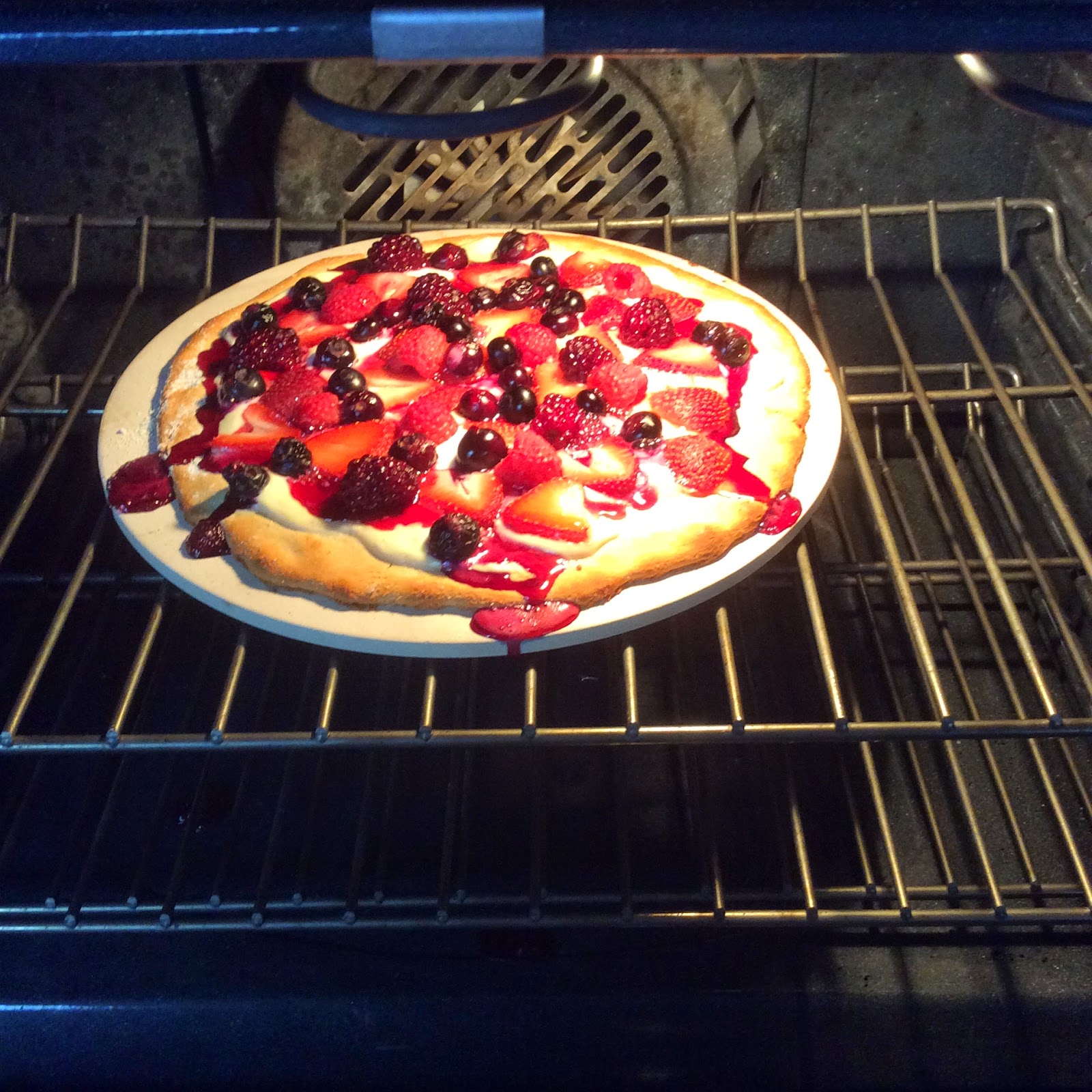 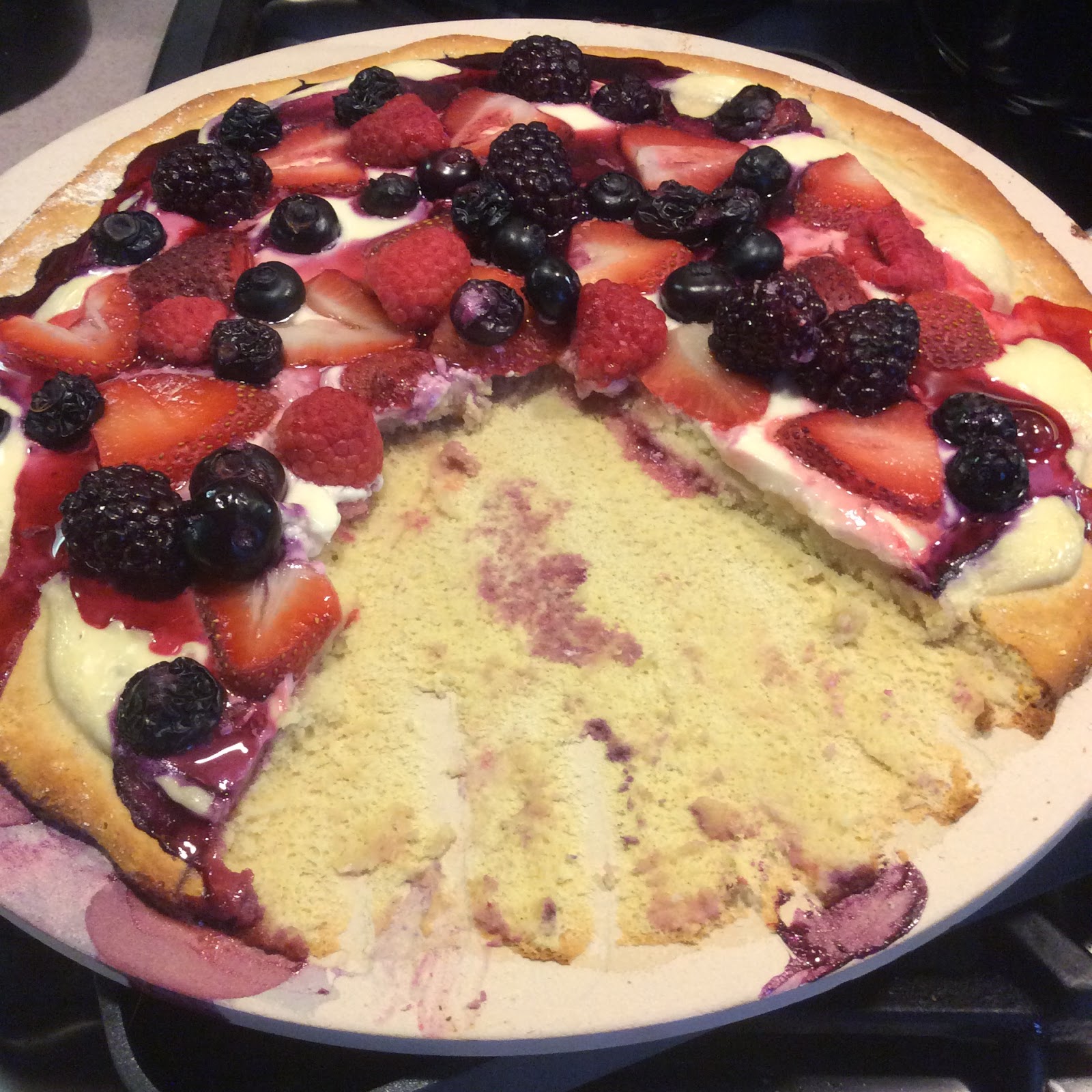 Okay, so here's why I need to use parchment under the dough next time I make this. I totally had to scrape the pizza off of the stone. So, it was messy. It was still really tasty!